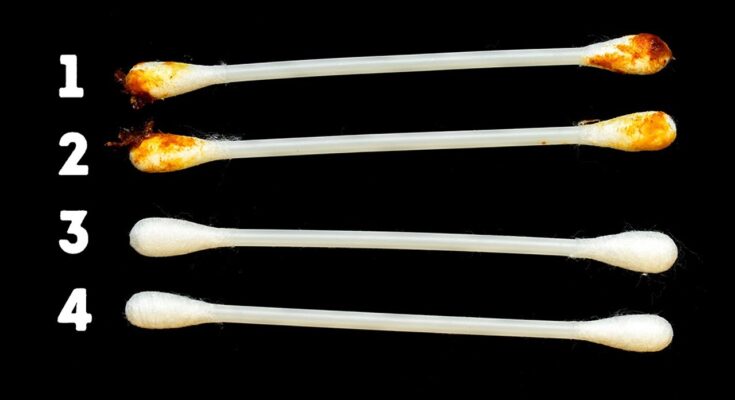 Cleaning your ears regularly is a normal hygienic procedure. However, not all people know that ear wax can also tell you things about the state of our health. You can check the color of your ear wax and understand what does it mean.

But before we start, what exactly do you know about the human ear ?

The ear is an important body part that we use to hear what’s going on around us, but also so much more. Also ears are much cleaner than you have probably thought.

Did you know that the Ear wax is not a body waste to get rid of regularly, quite the contrary – it’s a kind of protection?

It keeps the ear canal lubricated, therefore, prevents the ears from itching. Moreover, it prevents different pollutants from entering the inner ear. Even more surprisingly, this substance has antibacterial properties.

Our body is a clever mechanism. Did you know that when we chew, the movement pushes earwax to the outer part of the ear? This way your ears self-clean!

And now let’s see how ear wax can indicate the state of your health.

Earwax of a gray color

If your earwax is gray without any other symptoms, there is nothing to worry about. It may look pretty unusual and scary but it is probably just dust.

This color of earwax is a regular thing for city dwellers because the air in cities is rather polluted. If you notice such a color, your earwax succeeds in protecting your inner ear from anything that isn’t supposed to enter the ear canal.

But if along with the wax of such color you feel itchy, nests, have dry or cracking skin inside the ear canal, there is a thread of eczema, visit your doctor immediately.

Earwax with traces of blood

Older ear wax can look darker having an appearance similar to blood. However, if you notice traces of real blood when cleaning your ears it can indicate that your eardrum is perforated and it’s already a serious grounds for concern. The eardrum functions as a natural barrier that prevents germs and bacteria from entering your inner ear. In case of its damage your ears can be affected by infections which can lead to otitis and consequently to the worsening of your hearing.

That is why it is better to visit a doctor and take some precautions. Just remember : if you are careful enough in such a situation there’s no reason to panic. An eardrum with a rupture heals on its own perfectly well. Just give it a few weeks.

Ear wax of a brown color

Do you know, where ear wax is produced, the organ responsible for that is apocrine glands. If the earwax discharge is excessive and of darker colors this can indicate that your body has gone through a very stressful time. The thing is that this is how apocrine glands react when you are afraid or anxious.

You can compare it with sweating and you feel uncomfortable or nervous. That is why if you have noticed such changes in the body of the ear wax you should try to spend a few days in a calm and peaceful environment.

Earwax of a black color

Black earwax sounds truly terrifying. No cause for alarm though, if it happened only once. There is nothing to worry about, it might just indicate that it has been an inhabitant of your ear for quite a long period. This phenomenon has a scientific explanation : earwax contains fats when they interact with oxygen, the substance darkens and the longer it stays in the ear the longer it is exposed to oxygen the darker it becomes.

However, if your ears are itchy and the itching becomes stronger you should visit a doctor. This case the black color of the earwax might signify a fungal infection.

Earwax of a white color

Dry and flaky white earwax is quite a common type it can indicate the presence of a recessive gene.
By the way, there is also a tendency that the body of people with such type of earwax has less odor than that of people with dark earwax, what is more almost a hundred percent of people from Korea and northern China and to have dry light earwax. If you’re not one of those born in the places mentioned above, the white color of your earwax can signify that there is a lack of vitamins and micro elements inside your body, specifically iron and copper.
That is why it is recommended to add beans and oatmeal to your diet. It wouldn’t harm to take a course of vitamins as well.

Earwax was an unpleasant smell

If there is a strong unpleasant smell coming from your earwax it can signify an infection inside your middle ear, an ear drum that is ruptured or compacted earwax. Another problem might be water trapped in the ear channel. It can lead to an inflammation or a bacterial infection. Apart from the smell you might also hear a noise or feel your ears pop from time to time.

If you have these symptoms, don’t hesitate and visit an ENT doctor. Never try to take out smelly earwax on your own ! If you start digging in your ear that is already infected with a pointed something, you will worsen the situation. It can turn out as bad as a ruptured eardrum.

From time to time, earwax leaks out from the ear canal. It is a natural mechanism of ear cleaning performed by your body but if the amount of the substance is overabundant or the consistency of your earwax has changed recently, it can indicate the start of the inflammation process .If on top of that there is some blood leaking out as well, there is a great chance of your eardrum being perforated. If so, it is time to make an appointment specialist

The easiest explanation for earwax dryness is the lack of lean fats inside your body. Apart from that the reason could be dermatitis and other skin diseases, which can make your skin dry. Anyway, except in extreme cases earwax isn’t the reason to succumb to panic.

However, you may start to worry in case of a blockage or an impact of the ear canal so see a doctor if you have the following symptoms : the feeling of strange fullness in your ear or a plugged up feeling pain in the ear, unpleasant odor or itching the feeling of your ear ringing, impaired hearing or decrease of hearing sensitivity coughing.

All of these signs can indicate a serious problem of wax impaction. However a doctor can dissolve all your worries. That’s why don’t procrastinate and make an appointment

If your ears tend to produce a big amount of earwax creating a buildup you can take some preventative measures yourself.

It’s effective to use agents softening the wax that can be mineral or baby oil or ear drops. It is enough to put a few drops of these substances into your ear once a week to soften the ear wax and help it to come out faster and with ease.

Another way to take care of your ears is to buy a special at home kit for their irrigation. Follow the instructions precisely, step-by-step.

What you shouldn’t do to avoid any problems with your ears ?

Do not put pointed objects into your ear canal. They will do nothing more than push the wax further inside the ear. What’s more, it can result in a trauma caused to the wall of the canal or the eardrum.

Say no to ear candles ! This practice of alternative medicine used to claim that lighting one side of a hollow candle and putting the other side into the ear canal makes overall health better. So just stay clear of that. It is dangerous !

And now, the top three most interesting facts about your ears : 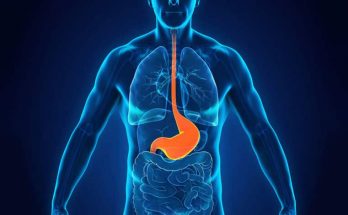 What Is Acid Reflux , Heartburn And GERD 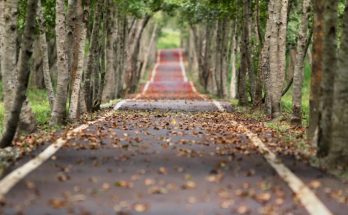 What Should I Take For Flu Season? 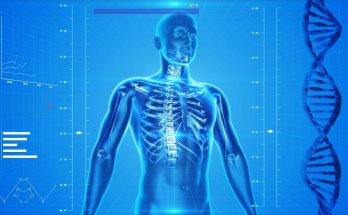 11 Amazing Facts That Prove Your Body Is Full of Surprises

How to Grow Your Hair Faster and Longer Naturally

What Happens If You Plank Everyday

How to Burn Belly Fat While Sleeping

What Is Acid Reflux , Heartburn And GERD

Why does the cough increase at night? .. 4 simple ways to get rid of this haunting condition

How To Make Your Hair Grow Longer?

Your Ears Can Indicate Your Health: Don’t Ignore These 8 Factors

What Would Happen If You Replaced All Drinks with Water?

12 Signs You’re Eating Too Much Sugar